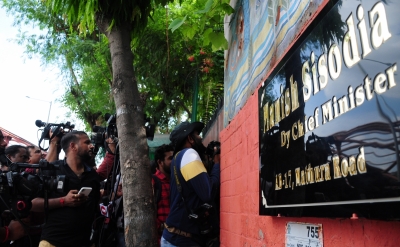 The CBI raids are taking place at 21 locations in seven states in connection with the case.It is claimed that liquor-related business people were granted exemption of 30 crores of rupees.

licence holders were allegedly granted extensions according to their personal wishes, and the decision was allegedly imposed by violating Excise laws.