London 19th August : England women’s Cricket team captain Heather Knight has undergone a hip Surgery that will keep her out of the limited-overs series with India in September, as well as the Women’s Big Bash League (WBBL) in Australia.On Friday the 31-year-old Knight posted a photo on social media, showing her in good spirits following her operation as well as writing: “Surgery.I’ve had a quick scrub of my hip, hoping to have back to running.Unfortunately, it has put me out of the India series as well as the WBBL however I’m hoping to return at the close of this year.It’s time to make the most of some of time off and get to the field!” 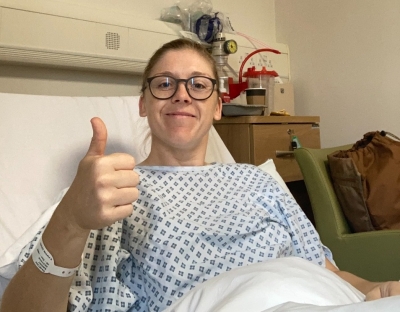 The series with India which is scheduled to begin on September 10 , and end on September 24th The two nations play five ODIs and three T20Is.

Knight was injured at the time of the T20 opener against South Africa in the multi-format series.

He was given intensive medical treatment prior to the Commonwealth Games in Birmingham, which saw Cricket return to the multi-discipline tournament.

However, she was later disqualified of the quadrennial contest and Nat Sciver led England in the absence of the veteran.

England did not win the bronze medal in the Commonwealth Games as the side fell to New Zealand.Harmanpreet Kaur’s India beat England to reach the final match against Australia.