Dubai 18 August : Dubai Capitals, the sister franchise of Delhi Capitals, the 2020 IPL runners-up Delhi Capitals, on Thursday announced Rovman Powell, Dasun Shanaka, Mujeeb Ur Rahman, Dushmantha Chameera, Fabian Allen, Bhanuka Rajapaksa, Sikandar Raza as their signings for the International League T20 (ILT20) in the UAE.Powell who is a representative of West Indies in international Cricket He played for Delhi Capitals in IPL 2022 earlier in the year.In 14 games with the team, he recorded 250 runs in his role as a lower order batter with an average of 25 and a strike rate of 149.70 in his very first appearance in the IPL. 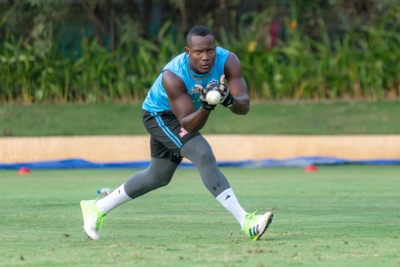 Allen Powell, Powell’s teammate in the West Indies, was in Mumbai Indians squad in IPL 2022 while Rajapaksa was in the Punjab Kings squad and Chameera was part of the debutants Lucknow Super Giants.

The club also stated that it will sign local UAE players at a later time.

Other than Shanaka, Raza, Zazai, Dickwella, Lawrence, Muzarabani, Munsey and Klassen The remainder of the players signed by Dubai Capitals have had current or prior IPL playing experience.

“Being an integral component of the T20 Cricket’s biggest set-up that is the Indian Premier League, for 15 years — we decided that it was the right time to spread our wings to the world charts of popularity of this particular form of the game.”

“The International League T20, scheduled to begin play in the United Arab Emirates in January 2023, is the perfect opportunity to launch GMR Sports towards building the Capitals universe made up of a vast array of cricketing stars from every over of the globe.We look to create an international city such as Dubai our home as Dubai Capitals,” said Kiran Kumar Grandhi, Managing Director, GMR Group.

The Dubai Capitals franchise in the ILT20 will be managed by GMR Group, the co-owners of Delhi Capitals in the IPL.Every team in the ILT20 will comprise of 18 players which includes four local UAE players as well as two players from ICC Associate countries.Of the of the nine international players are permitted in the eleven players.

ILT20 is in an immediate clash with South Africa’s T20 League, also scheduled to start next year.Both leagues will play during the time that the Australia’s Big Bash League (BBL) and Bangladesh’s Bangladesh Premier League (BPL) will be in operation.