Los Angeles, Aug 13 : Rapper Drake got candid about his relationships in a chat with Nicki Minaj.He disclosed what he’s looking for in women.In the debut episode of Queen Radio on AMP, the brand new live radio application from Amazon, Minaj didn’t beat around the bush when she demanded Drake: “Okay, so you’re dating someone else?” 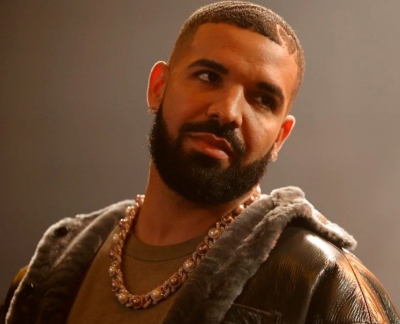 Drake quickly replied: “I don’t have a girlfriend.You already know that.”

She did not stop there, and inquired about his preferences: “So, you still prefer the big B**tys?”

Drake was jokingly flirting with Nicki and later said: “I mean, you evidently know that you have changed my tastes in women to this moment.”

He said: “They’ve got to have an important thing You know that.”

In the end, Minaj tried to get Drake to choose between the “sophisticated intelligent, responsible, responsible” woman and, possibly the latter, a woman with big b**ts.

Refusing to be captured by such a provocative question, he instead, claimed that his preferences in women has evolved over the years and he’s now more attracted in being in touch with women that go in a way that goes beyond physical attraction.

“I think I’ve definitely grown over through the years,”” the “Jimmy Cooks” rapper began to explain the changes in his life, according to aceshowbiz.com.

“For myself, I feel I’ve definitely changed in the sense of like, it’s not as much about chases and desire from a physical point of view and I don’t want to feel drained I don’t want be on an initial date and not be energized.I found new territory.I’m always looking for new things.It’s not just about clapping your cheeks.”

“But it’s okay to clap cheeks,” Nicki then asked Drake to agree with Drake.Blick Blick star.

In addition to his private life, Drake was asked by Nicki about whether he has ever considered quitting music.

“I’m not at a moment where I’m thinking that a possibility.One of the greatest feelings I’ve ever had in my life is finishing the project or song,” he said.

Still enjoying the work he’s been doing for a long time, Drake said: “I think I’m at an age where I’m having an entirely new level of pleasure with this”s**t.”

He continued to share: “I’ve reached a new level of confidence where I feel like”OK, now I’m ready to experiment.’ And even with the previous album (Honestly, Nevermind) I just released it because I wanted to try to push myself.”

The 35-year-old also revealed his new song by the music was awe-inspiring: “The things that I’m working on and the feedback I’m getting is”Yo, it sounds like it’s flowing.It sounds like you’re having fun’.”