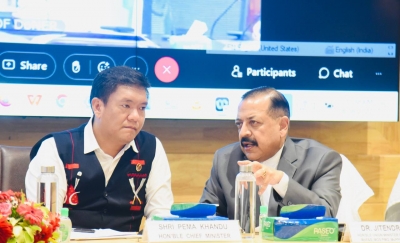 In a return to reforms in administrative procedures the Minister stated, India believes that the 21st century should be a new era for public Grievance resolution would be based on single-window agencies, which will allow citizens access information to get better services.

He explained that various strategies are being considered, such as One Nation One Portal, Multilingual CPGRAMS to improve citizen outreach as well as data analytics to evaluate the level of quality of grievance resolution, feedback call centres and the possibility of storing transcripts of citizens in the CPGRAMS portal, and so on.

Inaugurating the two-day conference with the theme “Bringing the Government and Citizens closer by implementing Administrative Reforms” here, along with Arunachal Pradesh’s Chief Minister Pema Khandu The Union Minister stated that prior to 2014 the northeastern region was struggling economically due to the narrow policies of successive Central governments, but shortly after the Modi government came in in 2014 the Prime Minister declared that every effort was going to be put into bringing the region on the same level with other more Developed regions of the country.