Mumbai 19 August : Singer-actor Diljit Dosanjh is a very selective person when it is about Hindi films.So one can be certain about his upcoming film “Jogi” to be a great work of work.The film is scheduled to OTT to be released in the coming month.It is set in Delhi in 1984 Jogi also stars Kumud Mishra.Mohd.Zeeshan Ayyub Hiten Tejwani as well as Amyra Dastur. 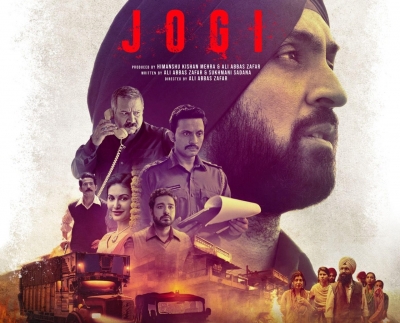 The film tells the tale of an enduring Friendship and the courage in Times of hardship when the nation’s capital city was hit by riots following the ex-Prime Minister Indira Gandhi’s assassination.

Speaking about the film Diljit revealed in an announcement: “Playing the role of Jogi has been one of the most rewarding experiences, and I am looking forward to make my debut on Netflix.The team has worked hard to make this wonderful story.I would like to express my gratitude to Ali and Himanshu for taking me on with this part.”

The film was produced and directed by Ali Abbas Zafar, who is famous for blockbusters like “Sultan” as well as ‘Tiger Zinda Hai’.

Commenting on the film’s move directly to Netflix, Ali Abbas Zafar said: “Jogi’ is a extremely special film for me, and who is better than Diljit to play the character of “Jogi”! It’s about brotherhood, hope and strength in the face of hardship and is an example of how Difficult Times often bring people together.”

Produced by Himanshu Kishan as well as Ali Abbas Zafar, ‘Jogi” will be aired on Netflix on September 16, 2022.