New Delhi, Aug 15 : The edtech giant that is slated to go public in the coming days, BYJU’s company, which has submitted its tax Returns for Fiscal year 2020-21 is scheduled to release the financial statement that has been audited for FY21 from the global consulting firm Deloitte shortly top sources with knowledge of the development told reporters on Monday.The audited financial statements for FY21 by Deloitte could be released “within one week” since the consolidation of businesses is completed following “ironing out the difficulties” since the edtech giant made at most 10 acquisitions with an aggregate worth of approximately $2.5 billion in the last year, sources close to the subject informed IANS. 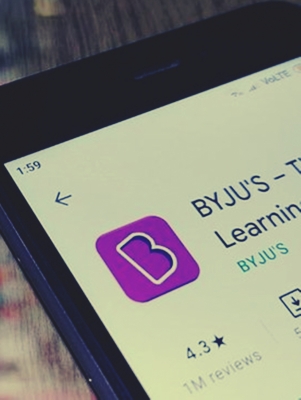 According to them the company, they say there are “no issues with compliance” since the company submitted the FY21 tax Returns in the “due diligent manner” and the Deloitte audit report will be released in the near future.

BYJU’s company, which has been under severe scrutiny in the last couple of months due to a variety of issues ranging from delayed audits and layoffs, completed multiple acquisitions in FY21.Each of these acquisitions featured an accounting style that was different and year.

So so far, BYJU’s has raised over $6 billion in capital, with its Founder and CEO Byju Raveendran contributing $400 million of his own pocket during the recent round of funding, which was worth $800 million at an estimated valuation of $22 billion.

BYJU’s hopes to launch an IPO in the US via the Special Purpose Acquisition Company (SPAC) method.

The company is also in talks with investors to raise an additional $1 billion to expand across the globe.

According to reports, BYJU’s is eyeing Nasdaq-listed American educational technology firm, 2U, for nearly $1 billion at $15 per share.

The firm has “closed” the payment in connection with the $1 billion purchase of offline test preparation services supplier Aakash Educational Services.