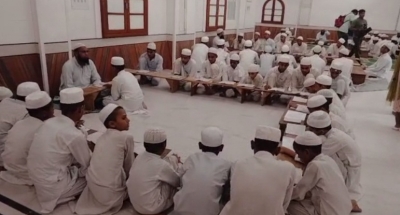 “You have the responsibility of the country.so you have to work for the country by reading and writing,” Bhagwat told the students.

He stayed at the Madrasa for about an hour and met the teachers besides the children.

Bhagwat also reviewed the education infrastructure and sought some details such as the number of children enrolled there.

The RSS chief who has been holding discussions with the Muslim intellectuals to strengthen the communal harmony, also met Umer Ahmed Ilyasi, the chief of All India Imam Organisation, at Kasturba Gandhi Marg mosque on Thursday.