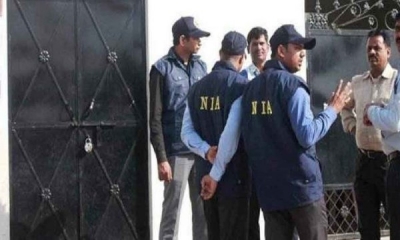 Abubacker was arrested by the NIA on September 22 and charged under provisions of the Unlawful Activities Prevention Act (UAPA).He has been in judicial custody since October 6.He was active in organisations like the Ideal Students League, Jamaat-e-Islami, and Students Islamic Movement of India (SIMI).

The division bench of Justice Siddharth Mridul and Justice Talwant Singh issued notice to the NIA and asked it to file Abubacker’s health status report, including AIIMS specialists’ medical opinion on his ailments and the required treatment.”The point is that he is seriously unwell.Where is his medical report? If he requires hospitalisation at the AIIMS, we will direct it.The idea is he should receive treatment,” the court said.

The bench listed the matter for hearing on December 14.

However, the court refused to entertain Abubacker’s counsel’s prayer for his bail.After Advocate Adit Pujari representing him argued that he could be shifted to house arrest, the court outrightly rejected the suggestion.

On Abubacker’s date fixed for his brain MRI, which is in 2024, the bench said that he can’t wait for a scan till 2024.It is completely unacceptable.”He is incarcerated for an offence, that is a different matter but doesn’t mean we will wait till 2024.It is an examination,” they said.

According to Abubacker, he is suffering from multiple ailments, including a rare type of oesophagus cancer, Parkinson’s disease, hypertension, diabetes, and loss of vision.

Pujari earlier submitted that his bail plea has been rejected by the Special NIA Judge who has said that he may be treated in AIIMS as per requirement.

“He is in his 70s.For a test that was due in October, the Ld Judge says that the fact that the test is now scheduled for January 2023 shows that everything is taking place as per time.There is some urgency, this gentleman is in great pain,” Pujari argued.