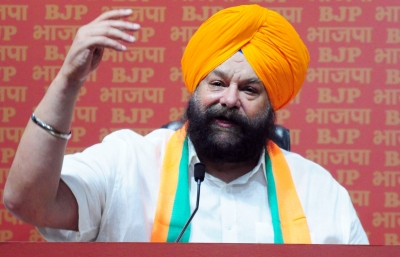 Marwah later appealed to all the G-23 leaders of Congress to join the BJP.

He was a member of the Delhi Assembly for three terms from 1998-2013 and also served as parliamentary secretary to the chief minister.

Welcoming Marwah in the party, Tawde said that his joining will strengthen the party and he will be given appropriate responsibility to serve the people as per the vision of Prime Minister Narendra Modi.

Marwah said that in the last Delhi Assembly election in 2020, Shah had asked him to contest on the BJP ticket.”Devoted my whole life and youth to the Congress party.But there is no respect for workers who gave everything to the party.People whom nobody knew are made general secretaries in place of hardworking workers.

Rajya Sabha seats were given to the people who lost the elections.People who cannot be appointed as even peons are given key responsibilities,” Marwah said.

Pointing towards G-23, Marwah said they are not going to get anything as the leadership does not see their dedication and sacrifice for the party.”G-23 leaders must join the BJP as they will get the respect they deserve here.”

The former Congress MLA claimed that the Congress leadership is completely disconnected with the cadre.”I have been seeking time for one and half years to meet Rahul Gandhi, but failed to get an appointment.They are not meeting any workers,” Marwah added.