Chennai, Aug 15 : It was a moment of pride and glory for the Dalit woman Panchayat president, V.Amruthum (60) of Athukkam Panchayat of TiruvAllur district in Tamil Nadu as she hoisted the national flag in the Presence of none other than the Chief Secretary of the state, V.Irai Anbu. 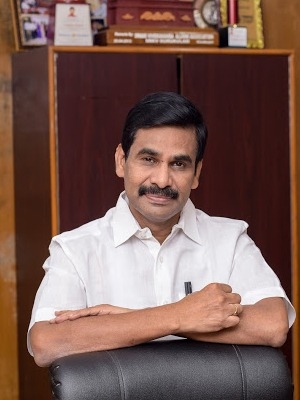 She hoisted the Tricolour a day earlier on Sunday but the Chief Secretary was present to ensure that she received no threat from anyone during the function.

It may be recalled that the Tamil Nadu government had drawn flak from the human rights activists and social organisations and media after the Tamil Nadu Untouchability Eradication Front (TNUEF) brought out a survey report on Friday stating that many Dalit Panchayat presidents in the state were not allowed to hoist the national flag during Independence Day or Republic day as they were from the Dalit background.

The survey report even brought out instances of certain senior police officers mediating for some sections of the upper caste people for not allowing the Dalit Panchayat presidents from hoisting the Tricolour.

Athukkam Panchayat has been in the news in the past also with the caste Hindus preventing the Dalit Panchayat president from hoisting the national flag.Tamil Nadu Chief Secretary had directed all the district collectors to ensure that all Panchayat, municipal presidents, and corporation Mayors be given adequate support to hoist the national flag during the Independence Day celebrations.