London 18th August : People suffering with Covid-19 can be more susceptible of Psychosis or Dementia, seizures or brain fog for as long as two years, compared with other respiratory diseases, says an article released in The Lancet Psychiatry on Thursday.The research conducted by researchers from the University of Oxford, UK However, it was found that the increased risk of anxiety and depression after Covid-19 only last a few days and there is no general increase of cases. 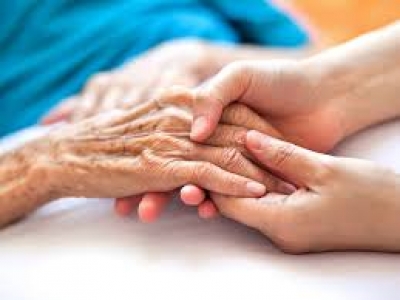 “It is a good thing that the soaring number of depression and anxiety diagnoses following Covid-19 is not long-lasting and is not being observed in children.But it’s concerning that other disorders such as seizures and Dementia continue to be more likely to be diagnosed after Covid-19, and even two years after the fact,” said Professor Paul Harrison of the University’s Department of Psychiatry.

It also revealed data in older adults and children separately and compared the data across three phases of the pandemic.

The results in children (under 18 years old) had similarities and differentiating factors with adults.

The probability of the majority of diagnoses following Covid-19 was much lower than in adults and they weren’t more at risk of depression or anxiety than children with other respiratory illnesses.However, just like adults, children who had recovered from Covid-19 had a higher chance be diagnosed with certain conditions, such as seizures and psychotic disorders.

The study also highlighted a number of limitations.It is not clear the severity, or how long-lasting the conditions are.It is not clear when they first began, as the symptoms may be present for a long time before the diagnosis is made.Unrecorded instances of Covid-19 as well as unrecorded vaccinations create uncertainty in the findings, the researchers noted.