Ayodhya, Sep 25 : Controversy has erupted over the new temple of Chief Minister Yogi Adityanath in Ayodhya. 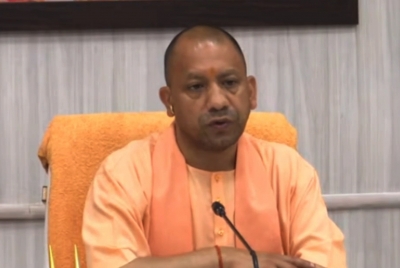 Ramnath Maurya, uncle of Prabhakar Maurya, who got the Yogi Mandir constructed, has accused his nephew of grabbing barren government land by constructing a temple dedicated to the chief minister.

The temple of Chief Minister Yogi Adityanath has been constructed by Maurya in Kalyan Bhadarsa village around 25 km from Ram Janmabhoomi in Ayodhya.

In a letter to the chief minister, Ramnath said that Prabhakar Maurya got three trees chopped before constructing the temple.

He has demanded a probe and action against his nephew Prabhakar Maurya in the matter.