By Ashe OWashington 8th, August : As Democrats celebrate the passage of the $740 billion package in the Senate on Sunday, a package that covers climate Change, health care, and deficit reduction, as part of the budget reconciliation process, in which Vic president KAmala Harris casts her tie-breaking vote to vote for the legislation, it’s a good idea to know the provisions in the budget for Americans. 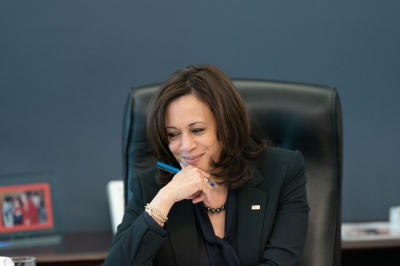 Bernie Sanders, independent from Vermont who was speaking on behalf of the Democrats and calling it a”Vote-a-Rama” in the circus of the stage of politics in which Biden’s initial plans were diluted.

Sander’s amendments were voted out in an unipartisan manner by both democrats and republicans 99-1, and he expressed deep regret in his lack of understanding on the President’s original plans.

The estimated $740 billion packageapproved on this past Sunday by the Senate and slated for the House of Representatives for a vote and debate on Friday, just before the August recess is packed of priority issues for the party.

They include caps on the cost of prescription drugs at $2,000 out of the pocket of seniors, assisting Americans to pay for private health insurance, and what Democrats call the biggest investment in the history of climate Change, around $375 billion over the course of a decade.

Sanders was a supporter of the initial cost cap of $35 for specific categories of drugs.

He was unsure if pharmaceutical companies with a lot of power would come up with alternative ways to avoid this.This is the case for seniors for all doses of insulin, but not for those with health insurance.

About half of the money raised, which is $300 billion, will be used for the reduction of federal deficits and that’s why the lawmakers Elizabeth MacDonough accepted the budget reconciliation process to approve the bill with fiscal considerations.This avoided the filibuster of republicans of 60 votes to deny the bill.

MacDonough did this under the Byrd Act, named for the person who was regarded as to be a fiscal hawk.

The entire cost is paid for with the new tax on corporations, which include an annual 15 percent minimum tax on large corporations to ensure that they do not receive a tax break of paying taxes and also the projected savings for the federal government from lower Medicare cost of drugs.

The bill is dubbed the ‘Inflation Reduction Act of 2022 It’s not clear if the 755-page bill will significantly reduce inflation, although millions of Americans are anticipating some reductions in the Healthcare sector and in other expenses, CNBC said.

Inflation is at its highest in 40 years at 13 percent.technically, the US is facing a recession with two quarters of negative growth in GDP at -0.9 percent.However, economists would like a whole year to say so.

The votes were based on parties in the 50-50 Senate, with all Democrats in favor, but all Republicans opposed as well as Vice President KAmala Harris providing a tie-breaking vote for a 51-50 majority.The House of Representatives is expected to vote on Friday.

A Review of the details in and out of the final version of the bill in the final package: launching a long-anticipated objective, the bill will allow the Medicare program to negotiate the price of prescription drugs with pharmaceutical firms, which would save the federal government around $288 billion in the 10 year budget period.The new revenue will be reinvested to help seniors save money taking medications, such as the out-of-pocket limit of $2,000 for older adults who purchase medications from pharmacies.

The money will also be used to offer seniors with free vaccination who are currently among the few people who do not have access to free vaccinations according to an overview document.

Seniors also would be able to have insulin prices cap at $35 per dose.A provision that would extend the price limit on insulin to Americans with private health insurance was out of the line with Senate budget regulations.

Republicans eliminated of it from the bill they passed.

The legislation would increase aid given for the Covid-19 epidemic in order to aid certain Americans who purchase health insurance on their own.Under the earlier pandemic relief program assistance, the additional aid was scheduled to expire next year.However, the bill would allow the aid to keep running for a further three years, which will lower insurance premiums for those who buy their own Healthcare insurance.

The single largest investment in climate Change in US history The bill would allocate approximately $375 billion over the next decade in strategies to combat climate Change, including investment in green energy generation as well as tax credits for consumers who purchase electric vehicles.

It’s broken down into the amount of $60 billion for a green manufacturing tax credit for energy and $30 billion in tax credit for solar and wind as a way to encourage and help the industries that can reduce the nation’s dependency of fossil fuels.The bill also provides tax credit for nuclear power as well as carbon capture technology, which oil companies like ExxonMobil have invested billions of dollars to develop.

The bill will introduce a new fee on meThane emissions that exceed the limits of drilling for gas and oil while also granting fossil fuel companies the right to lease greater leases of federal land and waters.

A last-minute addition that was pushed by Senator Kyrsten Sinema, along with others Democrats in Arizona, Nevada and Colorado will allocate $4 billion to fight the massive drought in the West and conservation initiatives in the Colorado River Basin, which more than 40 million Americans depend on for drinking water.

For consumers there are tax credits available as incentives to make green choices.

One of them is a 10 year consumer tax credit for investments in renewable energy in solar and wind.Tax breaks are available available for purchasing electric vehicles, such as an tax credit of $4,000 for the purchase of old electric cars, and $7,500 for brand new ones, CNBC said.

All in all, Democrats believe the strategy could set the nation on a path to reduce greenhouse gas emissions by 40 percent by 2030.This “would be the largest climate Change investment in US history and most likely”.

New minimum corporate tax: The most significant revenue-generating element in the legislation is the new 15 percent minimum tax for corporations that make over 1 billion dollars in annual revenue.It’s a means of clamping on around 200 US businesses that don’t pay the standard 21 percent corporate tax, which includes those that pay zero taxes.

The new tax on corporate income will begin in after the tax year 2022 year and generate nearly $258 billion over the course of a decade.The revenue could have been higher, however Sinema insists on a modification to the 15 percent corporate minimum that allowed the deduction for depreciation that is used by manufacturing industries.

This cuts around $55 billion of total revenue.

To be able to win over Sinema In order to gain her support, Democrats have resisted plans to eliminate a loophole in tax law that was long enjoyed by the wealthier Americans — a loophole known as carried interest which, as of the present law, tax hedge fund executives from wealthy firms and other individuals at a 20 percent rate.

The left has repeatedly tried to increase the tax rate for carried interest by a factor of 37 percent in the initial bill, bringing it more in the same range with higher-income earners.Sinema would not allow it.

Remaining the tax breaks for the wealthy will deprive the Democrats of the $14 billion in revenue they had been hoping to use to finance the tax package.Instead, Democrats, with Sinema’s approval, will impose 1 percent tax on buybacks of stock that will raise approximately $74 billion over the course of a decade.

The money is also raised through the expansion of the IRS to hunt tax cheats.The bill calls for an investment of $80 billion in tax services modernization, enforcement and modernization which is expected to generate 203 billion in new revenue, which is which is a net gain of $124 billion over the course of the decade.

The bill complies with Biden’s original promise not to increase taxes on businesses or families that earn less than $400,000 per year.The lower prices for drugs for senior citizens are paid with savings from negotiations Medicare holds with the pharmaceutical companies.

Additional money to help pay down deficits With around $740 billion in new revenue and 440 billion in new investments, the bill is expected to channel the difference of approximately $300 billion to deficit reduction.Federal deficits grew dramatically during the Covid-19 epidemic, when the federal budget exploded and tax revenues dropped as the economy of the country swung through shut downs, offices closing and other major changes.

The country has seen deficits increase and decrease in the past few years.However, overall, the federal budget is not sustainable as per the Congressional Budget Office, which released a new report this week that examines long-term projections.

What’s left of the legislation to reduce inflation? The latest package was announced at the close of July, after 18 months of negotiations that had ended with a stop, leaving many of Biden’s larger-than-life goals.Senate Majority Leader Chuck Schumer struck a deal with Senator Joe Manchin to revive Biden’s package, trimming it down to bring Biden’s West Virginia Democrat back to the table to negotiate.

Then, they added Sinema who was the last member of the party, with additional changes.The program is still robust by standard however, it’s not as comprehensive as the broad Build Back Better initiative Biden was once planning and that’s the plan Sanders desired.

Although the Congress did pass a one-dollar trillion infrastructure bill that was bipartisan and included broadband, highways, and other investments which Vice President Biden was able to sign into law in 2013 but the president’s and his other priorities of the party have been snuffed out.One of them is the continuation of the $300 monthly child tax credit, which was a direct payment to families in the outbreak and has been believed to have significantly decreased child poverty.

Also gone, at present is the possibility of free pre-kindergarten and community college as well as the country’s first family leave program that was paid which would have provided up to $4,000 per month for deaths, births and other essential requirements of middle- and lower-class families.