New Delhi, Aug 15 : In the midst of the BJP accusing the former Prime Minister Jawaharlal Nehru for the partitionof India, Congress interim president Sonia Gandhi has said that the party will not tolerate distortion of Historical facts to make political gain.In a statement on Monday she said, “Congress will Oppose the wrong statements for political Benefits and any attempt to question great national leaders like Gandhi-Nehru-Patel-Azad on the basis of incorrect facts.” 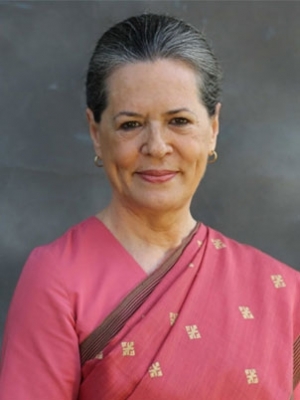 She stated that the Historical facts are being misrepresented and India has made significant progress in the past 75 years and the democracy has been enhanced.

She claimed that the current self-centered government is insistent on discrediting the immense sacrifices of freedom fighters and the dazzling successes of the country.

This is not a way to be accepted.

Sonia said that the country has gained global recognition and has made an impact in science education, health, information technology and many other fields due to the dedication of skilled Indians who have played a role in the country’s development.

The day before Partition Horrors Remembrance Day, the BJP on Sunday had blamed the Congress and the Communists for allowing the demands of the Muslim League for a separate nation.

In a video of more than seven minutes released by the saffron-colored party on Sunday in a video that ran over seven minutes, the BJP in a way accused Jawaharlal Nehru as well as Congress officials for bowing to the demands of a separate nation , which was pushed by the Muslim League led by Muhammad Ali Jinnah instead of opposing it.

While telling the tale of Partition In the video, it frequently features Nehru as well as Jinnah.It also contains Cyril John Radcliffe, who created the map that divided India into two countries and asked how people who were ignorant of Indian tradition, culture, Heritage civilisation, or values, could draw boundaries between people who had lived together for hundreds of years in only three weeks.