London 10 August : Chinas outsourcing of rare Earth mining to Myanmar has led to an explosive expansion of the mining industry there that is fueling human rights Abuses and causing environmental damage, as well as aiding pro-juna militias, according to a report released by the rights-based group Global Witness.The report, titled “Myanmar’s Poisoned Mountains”, used satellite imagery to establish that what was described as just a “handful” of rare Earth mines in Myanmar’s Kachin state in 2016 had grown to more than 2,700 mining collection facilities at more than 300 sites that cover an area that is the size of Singapore in March 2022, a little more than a year since the military took the power in an attempted coup in the year 2016, RFA stated. 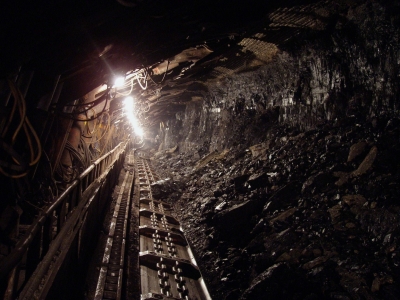 Global Witness found that China had outsourced a large portion of its manufacturing across the border to a remote part of Kachin state and claimed to be the largest producer of the minerals utilized in green technology, smartphones and electronic devices for homes.

“Our investigation has revealed that China has effectively transferred this noxious industry to Myanmar in the last couple of years with horrible consequences for communities in the area and for the environment.” RFA quoted Global Witness CEO Mike Davis as saying.

The warlord of the local area in the charge of the mining region, Zakhung Ting Ying, has been deemed the “central broker” of Myanmar’s rare Earth industry, according to the report together with other top leaders of militias that support the military regime.

They have also made backroom agreements with Chinese companies that are not legal under Myanmar’s laws.

Global Witness noted that the methods employed to extract rare Earth minerals that are heavy have contaminated local ecosystems and destroyed livelihoods, as well as affected drinking water quality.

Global Witness said that its findings are in the midst of a massive growth in mining demand as the production of renewable energy sources is ramping up.The sales of rare Earth minerals that are processed for production of magnets are predicted to double by 2035.

The organization has warned of the high likelihood that the minerals will find them in the supply chains of major household names that make use of rare earths with high density in their products, including Tesla, Volkswagen, General Motors, Siemens and Mitsubishi Electric, RFA reported.

Although China is the world’s biggest producer of rare Earth minerals, it purchases the minerals from neighbouring Myanmar and exploits its cheaper labor.

Myanmar exported over 140,000 tonnes of rare Earth resources to China that was worth greater than $1 billion between the months of May 2017 until October 2021 according to China’s State Taxation Administration.