New Delhi, June 29 : The ongoing first-ever Chess Olympiad Torch Relay has covered over 20 cities across India since the launch ceremony on June 19, done in the presence of Prime Minister Narendra Modi at the IG Stadium, here. 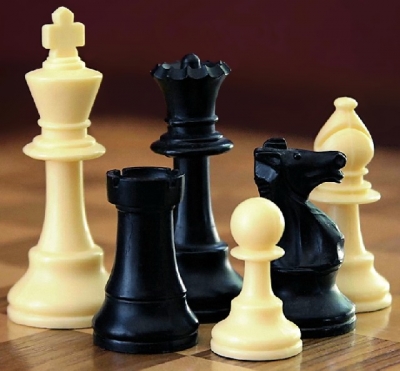 The Relay will cover a total of 75 cities, commemorating the occasion of Azadi ka Amrit Mahotsav – 75 years of India’s independence.

FIDE president Arkady Dvorkovich handed over the Torch to PM Modi, who handed it over to Indian Chess legend Viswanathan Anand.Following the historic launch, the Torch travelled to iconic locations including Red Fort in the national capital, the HPCA in Dharamshala, the Attari Border in Amritsar, the Taj Mahal in Agra and the Vidhan Sabha in Lucknow, among others.

From June 30, the Torch Relay enters Gujarat and then travels to the Western part of India, the Eastern part of India, North-east India and ultimately culminating at South India.The North India leg covered Delhi, Jammu and Kashmir, Himachal, Punjab, Uttarakhand, Uttar Pradesh and Rajasthan in the last 10 days.

The Torch Relay events across the cities saw major participation.While the Attari Border Torch Relay ceremony saw an audience of 8000 people, the number of people present at the Vidhan Sabha event in Lucknow was 3000.

Besides some of the prominent Chess Grandmasters like Viswanathan Anand, Dibyendu Barua, Deep Sengupta, Tejas Bakre and Vantika Agarwal, among others, the events saw the presence of prominent dignitaries.

The Torch Relay events start with games of Chess, where Grandmasters and dignitaries play the game with local athletes.Following the events, the Torch travels to the various locations.

Besides, various cultural events take place including an interactive bus tour travelling from one city to another, a cultural parade varying from region to region which features young Chess players’ community.

From now on, every two years when the Chess Olympiad happens, the Torch will go out from India to the host country.

Being the host, India is set to field 20 players — their biggest ever contingent — at the 44th FIDE Chess Olympiad.

India is entitled to field 2 teams each in the Open and Women’s category.Over 2000 participants will be representing at the event from 188 countries, highest in the history of the Chess Olympiad.

The 44th FIDE Chess Olympiad will be held in Chennai from July 28 to August 10.