By Archana SharmaJaipur, Sep 22 : At a time when the nation is celebrating the release of eight cheetahs from Namibia in the Kuno National Park in Madhya Pradesh, wildlife lovers in Rajasthan are disappointed as they had hoped that the cheetahs would be coming to the desert state. 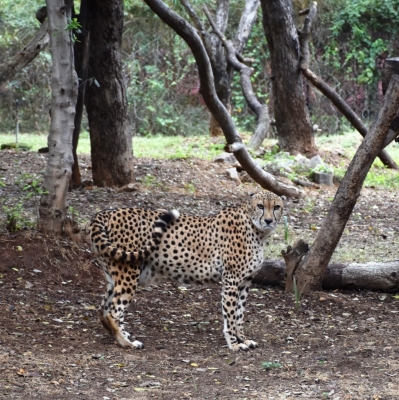 Some forest officials feel that Rajasthan could have been the home for these cheetahs, but political leaders, bureaucrats and the forest department here did not show enough will.

Had the leaders, who are just focused on tigers, paid attention to cheetahs, these big cats could have been brought in Rajasthan instead of Madhya Pradesh, they added.

When efforts were being made to bring the cheetahs to India, the Wildlife Institute of India (WII) had considered four places — Rawatbhata-GandhiSagar and Shahgarh-Balj in Rajasthan and Kuno and Nauradehi in Madhya Pradesh — as the most favorable spot for the big cats.

In fact, sources said the WII teams liked both the places, but Rajasthan lost the race to house the cheetahs due to politicisation of the issue, officials said.

Meanwhile, Congress MLA Bharat Singh has written to Lok Sabha Speaker Om Birla on the demand to release the cheetahs in the Mukundara Hills Tiger Reserve in Rajasthan, asking: “Why did the cheetahs go to MP while coming to Rajasthan.”

In the letter, Singh directly accused Birla, saying that due to his ‘disinterest’, the cheetahs could not come to Mukundra, which falls under Birla’s Lok Sabha constituency, and instead went to Madhya Pradesh.

He said the Rajasthan government tried to bring the cheetahs to the state, but the Centre along with Birla made these efforts futile after playing politics.