New Delhi, Nov 30 : The CBI on Wednesday summoned Telangana Minister Gangula Kamalakar in connection with a case pertaining to the arrest of Kovvi Srinivas Rao, a conman who cheated people by posing as joint director of the CBI. 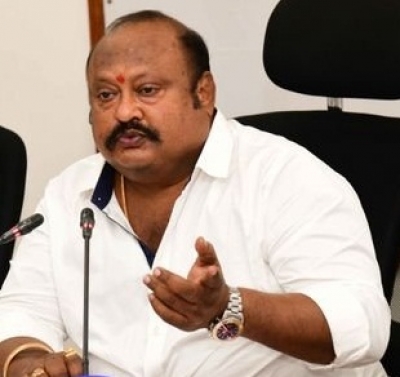 Rao was held two days ago from the Tamil Nadu Bhawan here.

During the probe, the Centre Bureau of Investigation (CBI) learnt that Vaddiraju Ravichandra, a TRS Rajya Sabha member, was also in touch with the arrested conman.

Kamalakar will have to appear before the CBI in it’s Delhi based headquarters on Thursday.

On Monday, the CBI had arrested Rao from Tamil Nadu Bhavan for allegedly impersonating as an IPS official and claiming to be Joint Director of the CBI.

“Rao was lobbying to obtain ‘No Entry Permit’ (permission for vehicles to ply during ‘No Entry’ restriction timings in Delhi) from Delhi Police for 2000 vehicles of the company ‘Porter’.He was duping common people and was asking for personal favours,” an official had said.

The CBI had recently got a tip-off that the accused had been impersonating as an IPS Officer and Joint Director of CBI.He was demanding bribe from unknown private persons for lobbying with public servants for getting favourable response in matters which included the cases registered by different central investigative agencies.

“He met a number of people and offered favourable outcome in various matters pending before Government authorities.Rao demanded expensive gifts from them by claiming that the gifts needed to be further handed over to senior government officers,” the official said.

He was meeting various private persons and public servants.

Posing as a senior CBI officer, Rao told one Vinay Handa that he was looking after officers’ cadre of the CBI and that he will help his younger son get a job.

A case under sections 419 and 420 of the IPC was lodged against him.

The CBI laid a trap at Tamil Nadu Bhawan and held him.