Water Man of India Rajendrasingh warned that the cancellation of G.O.111, which contributes to the conservation of greenery, soil and water (soil, water conservation), biodiversity and ecological balance, would lead to its destruction.He recalled that most of the city of Hyderabad was already being turned into a ‘cement concrete jungle’.Under such circumstances, if G.O.111 is lifted and large structures are allowed, the twin reservoirs of Osman Sagar and Himayat Sagar will have multiple floors buildings across the area.He said carbon emissions and “radiation” caused by the cement would cause serious damage to people and the environment. 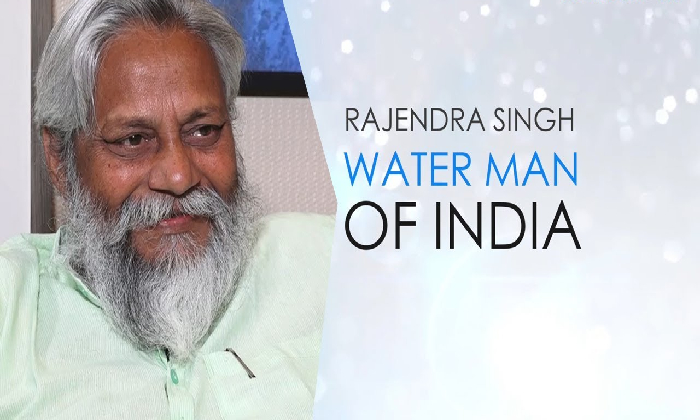 It is said to pose a major threat to greenery and biodiversity.He said that no one can change the “title” of land with water sources, ponds, ditches and ditches, which was first ruled by the Supreme Court on July 6, 2001.

He said the country’s highest court has so far ruled on more than a hundred cases for the protection of ponds and ditches over various cases and disputes related to them.In an exclusive interview Rajendrasingh clarified that there would not be a situation where the courts would allow the removal of the G.O.in this context.

The Himayat Sagar and Osman Sagar twin reservoirs, which are the pride of India and not just the metropolis of Hyderabad, should be protected under any circumstances.They play a significant role in providing oxygen to the urban population while protecting the ecosystem and protecting the environment.But now the announcement made by CM KCR that G.O.111 will be scrapped as there is no use of water from those reservoirs is of great concern.CM KCR should stand as a ‘role model’ for the whole country by conserving the natural catchment area of these reservoirs, in defiance of the idea of extinction of this G.O.If KCR realizes, the people in the catchment areas of these 84 villages can be relocated and the area can be protected.