Kolkata, Aug 10 : A division bench of the Calcutta High Court’s Chief Justice Prakash Srivastava and Justice Rajarshi Bhardwaj on Wednesday dismissed a public interest litigation (PIL) demanding inclusion of name of Suvendu Adhikari, Leader of the Opposition in the West Bengal assembly, in the ongoing enquiry by the Central Bureau of Investigation (CBI) in the multi-crore SaRadha chit fund scam. 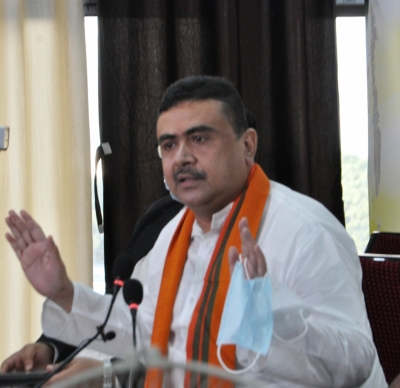 The petitioner also demanded that CBI sleuths probing the matter should summon and question Adhikari relating to his alleged involvement in the ponzi scam.

The basis of this PIL was a letter that the tainted SaRadha Group chief, Sudipto Sen wrote from the prison in 2020, where he claimed himself to be victim of constant extortion by Suvendu Adhikari.

The counsel for the petitioner, Ramaprasad Sarkar alleged that although Suvendu Adhikari was charged of extortion by Sudipto Sen in that letter, the CBI sleuths did not summon or question him in the matter even once.”Whereas the other influential people named in the scam were summoned, questioned and some of them even faced imprisonment,” Sarkar pointed out while arguing in the matter on Wednesday.

In his counter argument, Adhikari’s counsel Rajdeep Majumdar pointed out that although the SaRadha bubble burst happened almost nine years back, Sudipto Sen wrote the letter just some months before the 2021 West Bengal assembly elections.”So, it has to be seen whether he wrote that letter because of any political pressure, he said.

After hearing all the parties concerned, the division bench of the Calcutta High Court dismissed the petition and observed that the court does not find the necessity of interfering in the investigation at this stage.

The development comes as a relief for Adhikari and at the same time as a setback for the ruling Trinamool Congress as the latter had often referred to that letter from Sen as the example that CBI was not probing the role of the Leader of the Opposition in the matter since he had joined BJP.