Kolkata, June 27 : The Calcutta High Court on Monday appointed a Judicial Committee to ensure that the Victims in West Bengal who have lost their hard-earned money after investing in different chit fund companies are duly compensated. 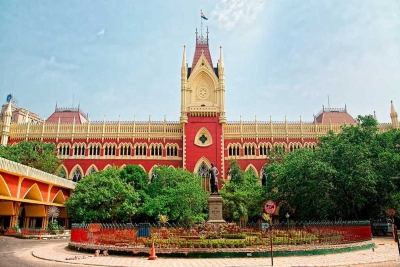 The division bench also ordered central probe agencies like the Central Bureau of Investigation (CBI) and Enforcement Directorate (ED) to hand over all the cash and properties of the chit funds that are attached with them, to the Justice Talukdar committee.The said Committee will arrange for the auction of these properties through the Securities & Exchange Board of India (SEBI) and accordingly use the sale proceedings for the compensation of the victims.

On Monday, the counsels representing the petitioners, who were mainly the chit fund Victims, said that an amount of Rs 140 crore, which is still lying unspent in the said fund, should also be handed over to the Justice Talukdar committee.

In 2015, the-then Chief Justice of Calcutta High Court, Justice Manjula Chellur created a special bench for hearing the cases relating to compensation for the victims.

A number of hearings have taken place since then but there had been no progress in actual disbursement of compensation to the victims.

However, with the Calcutta High Court, on Monday forming a new Judicial Committee in this regard, the Victims are finally having some hope for compensation.