Agartala, August 19 : A Border Security Force (BSF) Havildar was shot dead by militants of the outlawed National Liberation Front of Tripura (NLFT) on Friday, according to police in Agartala.A police spokesman stated that NLFT cadres fired upon an BSF patrolling group in Simana Two along the India-Bangladesh border in north Tripura district, injuring Havildar Grijesh Kumar 53, who passed away to his injuries shortly after he was taken to Agartala Hospital. 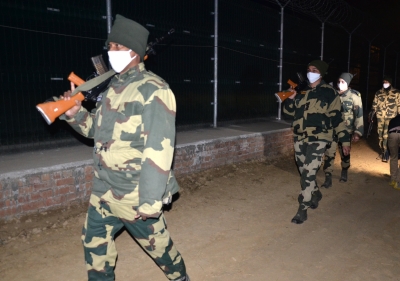 “The NLFT extremists fired from the Bangladesh territory and immediately following the ambush, they fled deep into the forest of mountains of the country that is adjacent following the BSF troopers retaliated to the assault,” the spokesman told IANS.

A large contingent of Tripura State Rifles (TSR) headed by the inspector general of police Arindam Nath and senior BSF officials have taken to the mountainous areas to continue their route of action.

The slain Havildar was a citizen of Madhya Pradesh, belonged to the 145 battalion of BSF.