Madrid, Aug 10 : While reigning champions Real Madrid have been content to make just cosmetic touches to their squad, FC Barcelona have taken an entirely different approach, spending big in what can only be described as a major risk and one which could further risk their Economic future. 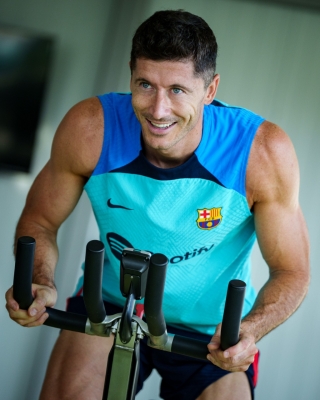 The club presided over by Joan Laporta has spent more than anyone in Spain over the summer after last season’s disappointing campaign, and spent big despite debts of over 1.3 billion euros.

Spain’s strict Financial Fair Play rules mean that sides have to be able to fulfil a series of Economic criteria to include players in their squad, and in order to comply with these rules, Barcelona have activated what it calls ‘palancas’ (Economic levers) to not just make signings, but also include them in the squad for La Liga, reports Xinhua.

So far, the club has sold 25 per cent of its TV rights for 25 years and also 25 per cent of Barca Studios in order to be able to inscribe the summer arrivals Robert Lewandowski, Franck Kessie, Jules Kounde, Raphinha and Andres Christensen, along with Ousmane Dembele and Sergi Roberto, who also count as new signings as they renewed their contracts.

With Barca due to kick off its La Liga campaign at home to Rayo Vallecano on Saturday, those asset sales still aren’t enough for the players to be included and the club will almost certainly have to sell a further 24 per cent of Barca Studios to raise the money.

It’s clear that Laporta is taking a big risk, hoping that by selling off assets to build a winning side he will be able to ensure success on the pitch and then increase revenue to the club by going a long way in Europe, filling the stands in the Camp Nou and ensuring greater shirt sales.

The early signs are hopeful: Xavi Hernandez’s side improved following his arrival last November and has played well in pre-Season, where it claimed a morale-boosting win over Real Madrid.

Lewandowski should provide goals, Raphinha adds further options in attack, while Kounde and Christensen should boost a defence that struggled at times last Season, and Kessie has showed some neat touches in midfield.

The squad doesn’t appear to be finished yet, with left-back Marcos Alonso set to join from Chelsea to provide back up for Jordi Alba, although there are still doubts over the future of midfielder Frenkie de Jong, who could leave before the end of August.

However, despite all the signings, Ansu Fati and Pedri could be two of Barca’s key players this Season, with Fati finally regaining full fitness after two years of struggles with knee and muscle problems, while Pedri looks to be back after muscle problems dogged him all last Season (perhaps due to the 70-plus games he played in the previous year).

With 18-year-old Gavi also now a fixture in the first team, the young guns are the players who will be behind Barca’s season.

Like Real Madrid, Barca will be affected by the FIFA World Cup in November and December, with Fati, Pedri, Gavi, Eric Garcia, Busquets and Alba all likely to be called up for Spain, while Raphinha, Lewandowski, Dembele, Kounde, de Jong, Sergino Dest and Christensen are also likely to be away.

A packed fixture list and no rest for key players will certainly not help Xavi’s job this Season, but Barca do look to have more options in more positions than their rivals.

Bearing in mind that, despite some dreadful performances last Season, they still finished second in La Liga, an improved squad should present a serious challenge for the title this time around, but with the club’s Economic future at stake, they also need to go a long way in Europe, otherwise there could be more asset stripping to come.