Yangon 16 August : A court run by the military junta in Myanmar has sentenced the to exiled chief Aung San Suu Kyi to six more years in Prison for allegations of corruption, according sources who are familiar with the trial.She is currently facing an array of 11 corruption-related charges as well as 18 indictments, according to DPA news agency. 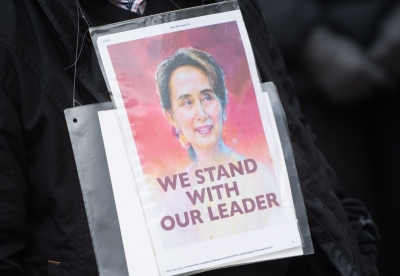 In April of this year, she was sentenced to 5 years in Prison in the very first corruption trial, in which she was accused of accepting an payment of 600,000 dollars and gold from an ex-chief minister of Yangon city.

The second occasion, she was found guilty of using funds from an health and education foundation which she created in memory of her mother.

Journalists and the general public were also barred from the courtroom.

She was previously sentenced to 6 years in Prison for illegal possession of walkie-talkies and for violating Coronavirus regulations.

The 1991 Nobel Peace Prize winner could be facing an maximum of 190 years in Prison if she is found guilty of all charges that involve Fraud, including allegations of Fraud in the 2020 election, which international observers believe she won.

The 77-year-old is in isolated confinement in the capital city of Naypyidaw.

Human rights activists claim Suu Kyi’s treatment amounts an unjust trial and the junta is determined to shut her down for good reasons.

She was detained on February 1st, 2021, just hours before the military removed her and Myanmar’s elected civilian government, restoring Myanmar to military rule.

Myanmar is sucked into chaos, with the military struggling to control protests and armed opposition.

Rights groups claim that at around 1,900 people have been killed plus more than 14,000 have been arrested following the coup.