Mumbai, Nov 30 : ‘Kundali Bhagya’ actress Anjum Fakih expresses her interest in being part of the reality show and opens up on her wish of doing ‘Bigg Boss’. 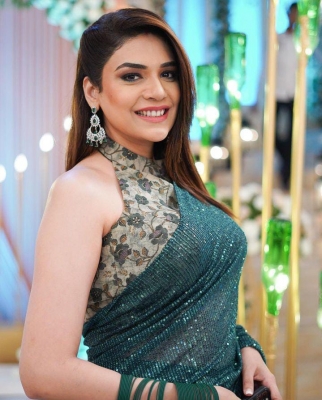 She says: “‘Bigg Boss’ has been our source of entertainment for over a decade now, and believe me when I say that I love watching the show whenever time permits.I am a huge fan of Salman Khan, and even if I miss weekday episodes, I make sure to not miss the weekend ka war segment.”

She’s looking forward to taking up ‘Bigg Boss’ as her first reality show, as she mentions: “I would take up ‘Big Boss’ in the near future, although I don’t deny that I was approached by the makers quite a few times in the past, I believe my work commitments towards my show have kept me busy all these years.”

Anjum started her career with modelling and made her TV debut with ‘Mahi Way’ in 2010, later she was seen in ‘Tere Sheher Mein’, ‘Ek Tha Raja Ek Thi Rani’, and also in ‘Naagin 5’, ‘Bhagya Lakshmi’, among others.

However, ‘Kundali Bhagya’ is quite special for her and while doing it she couldn’t take out time for other shows.

“‘Kundali Bhagya’ has given me a platform to showcase my talent and hard work, my priority lies with them.I don’t know what my future holds, but I am keen on doing ‘Big Boss’ shortly,” she concludes.

Anjum Fakih: I Will Take Up \'Big Boss\' In The Near Future - Anjum, Boss, Fakih, Mumbai, Raja, Salman Khan

Anjum Fakih: I Will Take Up 'Big Boss' In The Near Future

Anjum Fakih: I Will Take Up 'Big Boss' In The Near Future