Mumbai, Nov 28 : Actor Amit Sadh, who has received positive response for his acting in the recently-released second season of streaming series ‘Breathe: Into The Shadows, has promoted his chauffeur to the post of his manager. 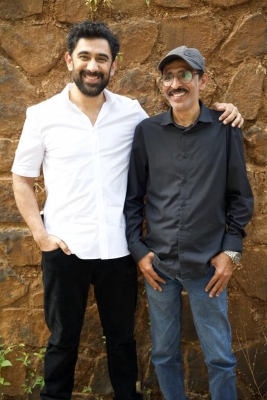 Imran has been with Amit since his ‘Kai Po Che’ (2013) days.The actor regards him as one of his closest associates, so when the occasion arose, Amit decided there was no one better suited for the manager’s post than Imran.

“He has always been like a father to me.He kept me going when things were tough and he kept pulling my spirits up whenever I felt things were not working out.He is definitely one of the strong forces that built me up to where I am today,” the actor said.

Imran’s promotion came after the actor fired his previous manager for being adamant about doing ads promoting gambling.Amit has always maintained that he would never use his position as a popular actor to promote activities that are detrimental to the viewers and that’s where the conflict arose.

Amit Sadh Promotes His Chauffeur, Makes Him His Manager