New Delhi, Sep 22 : Leader of Congress in the Lok Sabha, Adhir Ranjan Choudhury, has expressed his dismay in a letter to Speaker Om Birla over the government’s decision to withdraw the allocation of the Parliamentary Standing Committee on Information Technology (IT) from the largest opposition party in the Lower House. 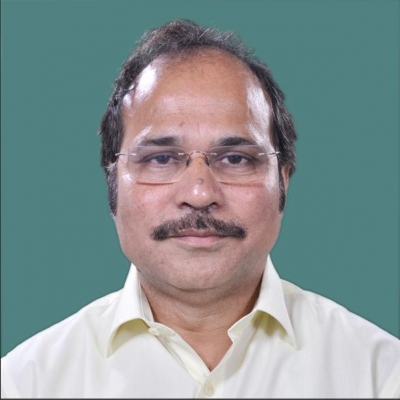 The Parliamentary panel, which is headed by Congress MP Shashi Tharoor, is being reconstituted as its tenure ended on September 13.

Parliamentary Affairs Minister Pralhad Joshi has written to Choudhury, informing him that the chairmanship of the Standing Committee on IT is being taken away from the Congress.

Referring to Joshi’s letter, Choudhury has urged the Lok Sabha Speaker “to reconsider and reverse this ill-thought-out decision and to restore to the Congress the Chair of the Standing Committee on Information Technology”.

“I was dismayed to learn from Union Minister for Parliamentary Affairs, Prahlad Joshi, that in a departure from existing conventions, which have been honoured by successive governments irrespective of which party is in power, a decision has been taken to withdraw the allocation of the role of Chairperson of the Parliamentary Standing Committee on Information Technology, which, as you know, is chaired by Shashi Tharoor of the Congress,” Choudhury wrote to Birla.

There are 16 Parliamentary standing committees in the Lok Sabha and eight in the Rajya Sabha.

Out of the 16 Lok Sabha committees, 10 are currently with the BJP, while the remaining six are with Congress (the one on IT), DMK, Trinamool Congress, Shiv Sena, Biju Janata Dal and JD(U).

All the 24 standing committees of both the Houses combined are being reconstituted this month as their tenures ended on September 13.While it is solely the ruling party’s discretion to allot chairpersonship of these panels to opposition parties, it has been a political convention that opposition MPs, especially those from the principal opposition party, are given key panels to head, like on Home Affairs (a Rajya Sabha committee) and Finance (a Lok Sabha comittee).

However, the Lok Sabha Standing Committee on Finance is headed by BJP MP Jayant Sinha, and even panels on key subjects like defence and external affairs are also headed by the ruling BJP members in the Lower House.

Now with BJP not in a mood to give the lone panel on IT’s chairpersonship to the Congress, there are apprehensions that it may not get even a single panel to head in the Lok Sabha.

Sources informed that even Trinamool Congress, whose MP Sudip Bandyopadhyay heads the Lok Sabha panel on Food, Consumer Affairs and Public Distribution, has been informed by the Parliamentary Affairs Ministry that his party would not be heading the panel after its reconstitution.

The Lok Sabha Standing Committee on Energy headed by JD(U) MP Rajiv Ranjan Singh Lalan is also being reconstituted.Incidentally, with the JD(U) now no more an ally of the ruling NDA, there is a likelihood that the panel, which incidentally is looking at the controversial Electricity Amendment Bill, may go to the ruling BJP, sources said.

It would be interesting to see whether the other three Lok Sabha committees which are headed by DMK (Chemicals and Fertilisers), Shiv Sena (Rural Development) and Biju Janata Dal (Labour, Textile and Skill Development), will remain with them.

Even in the Rajya Sabha, leader of the House Piyush Goyal informed leader of the opposition MallikArjun Kharge that due to Congress’ depleting strength in the Upper House, it would not get the chairpersonship of the key panel on Home Affairs.

Choudhury in his letter to Lok Sabha Speaker raised apprehensions at the ruling BJP’s intentions, saying, “This is deeply troubling for a number of reasons.For one, while for a similar decision in the Rajya Sabha, the marginally reduced size of the Congress was the reason cited by the government, there has been no such change in the Lok Sabha, which raises ominous questions about the real intent behind such a decision.

“As floor leader of the Congress in the Lok Sabha, I strongly protest this proposed decision to interfere with the distribution of chairpersonships in the middle of a Lok Sabha, which marks yet another instance of this government’s scant regard for Parliamentary convention, as well as the well-established principles of consultative deliberation and legislative oversight that are the bedrock of any Parliamentary democracy.”