Muzaffarnagar, Sep 17 : It is a hamlet that has no legal sanctity. 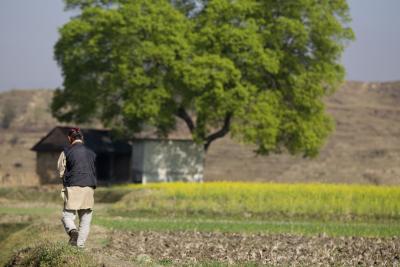 Devastated by floods year after year, a major chunk of the population has moved away to another site and Hajipura, situated on the banks of Solani river on the Uttar Pradesh-Uttarakhand border, remains forlorn and forgotten.

“We have been abandoned by the government.There are no schools, no medical facility, no government schemes, no public transport system, nor any gram panchayat.

Our children travel 5 km daily to get an education.We are a population of over 1,000 but we have not been granted the official ‘village’ status to this day,” says Sanjeev Kashyap, a local.

“We cast votes for the nagar panchayat of Bhokarehdi.The exercise is futile as they tell us they cannot develop our locality as we live ‘outside their jurisdiction’.Despite several requests for basic facilities, we have been abandoned by the administration and the government.”

The locals say that in the recent Assembly elections, several leaders came and promised to sort the issue out but to no avail.

“We request chief minister Yogi Adityanath to look into this issue,” they plead.

A team led by the Additional District Magistrate (E) recently visited the village and prepared a report.

ADM Narender Bahadur Singh said: “Residents will get a ration shop soon.We came to know that a proposal to grant this area a ‘village’ status was made in 2018.We are working on that too.”