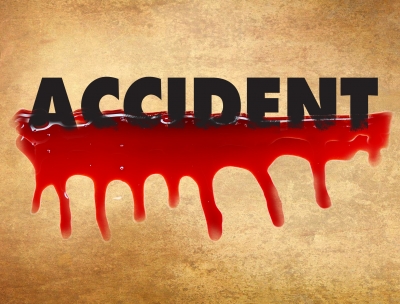 In the first incident, three members of a family, including a five-year-old child died in an alleged road mishap in Panchmahal district while in another incident, four persons drowned in the sea in Bhavnagar district.

According to a local eye witness, a family from Bharuch was going to Pavagadh to worship Goddess Kali when the Eco car in which they were travelling, hit the divider of the road and turned upside down on Sunday early morning.

A man, woman and a five-year-old child died on the spot because of head injuries.

Three other members of the same family were injured and were taken to the government hospital in Halol.

In the second incident, four persons drowned in sea water near Koliyak temple in the Bhavnagar district.

A 55-year-old man identified as Bhikhubhai Sarvaiya from GIDC quarter in Bhavnagar, dived into the sea to take bath when the water current dragged him into deep water due to which he drowned.

An hour or two later, six youth from the Bhavnagar tried to take bath, of which three identified as Dhruvrajsinh Jadeja, Harsh Simariya and Hardik Parmar, drowned in the sea water.

The bodies of both Harsh and Dhruvrajsinh were found on the seashore after swaying in water currents.

Local divers and police had rescued three other youth, who too were swayed away in the water currents, said a local person.