Washington, Nov 29 : Five police officers were charged in the US state of Connecticut after an African-American man became partially paralysed in the back of a police van following his arrest, the media reported. 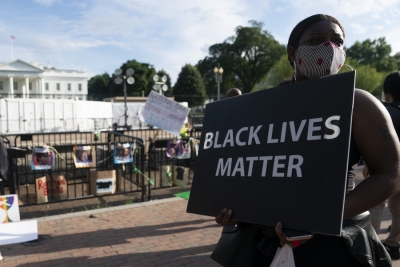 In June, Randy Cox, 36, was being driven to a police station in New Haven when the driver braked hard, causing him to be flung headfirst against the van’s rear doors, the BBC reported.

The incident left Cox, who was being held on gun charges that were later dropped, paralysed from the chest down, according to his family’s attorney.

The five officers who were charged on Monday with reckless endangerment and cruelty, said the driver braked suddenly to avoid a collision at an intersection.

But police body camera footage shows some officers mockingCox and accusing him of faking his injuries.

In the clip, the officers dragCox by his feet to place him in a holding cell after which he taken to a hospital.

After reviewing the footage, state police determined the five officers, who have since been placed on administrative leave, had engaged in reckless conduct leaving Cox immobile and deprived of proper physical care.

Civil rights advocates compared Cox’s ordeal with the case of another black man in Baltimore in 2015.

Freddie Gray died after suffering a spinal injury while handcuffed and shackled in a police van.

5 US Cops Charged After Black Man Paralysed In Police Van

5 US Cops Charged After Black Man Paralysed In Police Van