Lisbon 15th August : A total of 119 Suspects have been arrested on suspicion of Arson after serious fires have struck Portugal due to extreme heat and drought, which has had consequences for agriculture and other supply systems. “We are experiencing this year the detention rate is higher than the rate of prior years” due to the results of inspections carried out in collaboration by the military police as well as the National Republican Guard, and the Judiciary Police, Xinhua news agency quoted the Minister of Internal Administration Jose Luis Carneiro as declaring on Sunday. 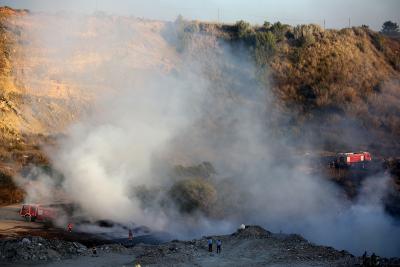 Carneiro disclosed the fact that “other investigations are being conducted to determine the cause of other fires that could lead to arrests in other cases”.

In the year 2000, the government has strengthened “the surveillance and inspection mechanisms”, in conjunction with the Air Force, in addition to installing 230 fixed watch posts, as well as surveillance cameras, according to the minister.

Carneiro declared “unconditional” his solidarity with firefighters fighting the flames.

According to Portuguese law Forests are not permitted to be used in construction projects or any other uses.